Barton Mawer had a website on the Joomla CMS that was outdated & he wanted a new Wordpress website that would be modern, fresh & suitable to present to prospective Clients. 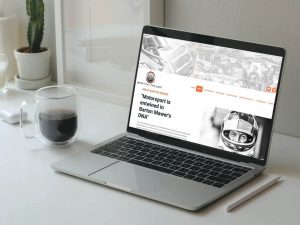 We helped small business owner, Barton Mawer, to do a Joomla website migration to give him a fresh, modern new website design that could work on all devices and help him secure new Clients. His existing Joomla based site hadn’t been updated in nearly four years and didn’t work well on modern mobile phones. Can you migrate a website from Joomla to WordPress?
Barton had approached us because he wanted to update his existing website. It had been created on Joomla and hadn’t received any updates for many years. As the site and CMS platform was quite old it also meant it was difficult for Bart to make changes of his own as the interface was outdated and the functionality wasn’t very intuitive. There are tools available that can help you migrate from Joomla to WordPress but in this situation it was considered easier to start fresh and create a new website on WordPress.

Developing a website with basic search engine optimisation.
Once we explained everything to Barton it was decided to use a new URL and create a new site on WordPress that would also enable him to carry out self management to write news posts and update basic elements on the site. One of the first things we began work on was optimising all of his images for search, quite a few of them were too large & not named correctly to help with basic on site seo.

We then set about creating a clear site structure and naming strategy for his new site to help with website indexing after the site was launched. For this project we weren’t tasked with creating deep seo strategies but we wanted to make sure the most basic elements were in place as a foundation.

Putting website reporting and data analysis in place.
While Bart didn’t specify this task, we wanted to make sure he had the elements in place in case he wanted to do further development to his site later on. We set up Google Search Console, Google Analytics and a new Google My Business profiles so that he would have all the necessary reporting and analysis available. Setting up these free tools from Google enables you to understand if and how well your website is performing. NO REPORTING OR ANALYTICS ON THE OLD SITE

Barton had an old Google Analytics code on the site, but didn't have access to the Profile to be able to see how the old site had performed over the years. This is sometimes a good thing to have so that you can benchmark old vs new.

Using an older CMS platform meant the old site didn't work very well on modern mobile devices. The latest smartphones are being used for more than 70% of all website search, so your site has to be fast, responsive and efficient for those users.

NO GOOGLE MY BUSINESS PROFILE

Bart didn't have a Google My Business profile active and set up. This is one of the most basic and free ways that any business can be found on the internet.

While there was quite a bit of content on the old site, it was outdated and not optimised for search. Some of the stories were less than 100 words long which is considered quite 'thin' content these days.

Using our marketing experience we always look at the brand to ensure its products or services are being presented as best as they can be. Bart's old website didn't celebrate his long history in motorsport in a way that felt modern, fresh and easy to navigate through the pages.

WHAT WAS MY MARKETING SCOPE OF WORK? This Joomla website migration project took on three phases; take all the existing content from the old Joomla website, create a new website design on WordPress, create new profiles on Google My Business and LinkedIn.

THE MARKETING OUTCOMES I DELIVERED “The website looks amazing! You have done a brilliant job.

Being a small business, I needed the investment made with a new website to be on the mark and value for money. The insight I have been given with the considerations needed in the build of a website has been informative and motivating to keep growing my business.

The feedback from clients has been only positive.”​ We successfully transitioned the website from Joomla to a new WordPress based design delivering an website with lots of energy, communicating Bart’s rich motorsport history. 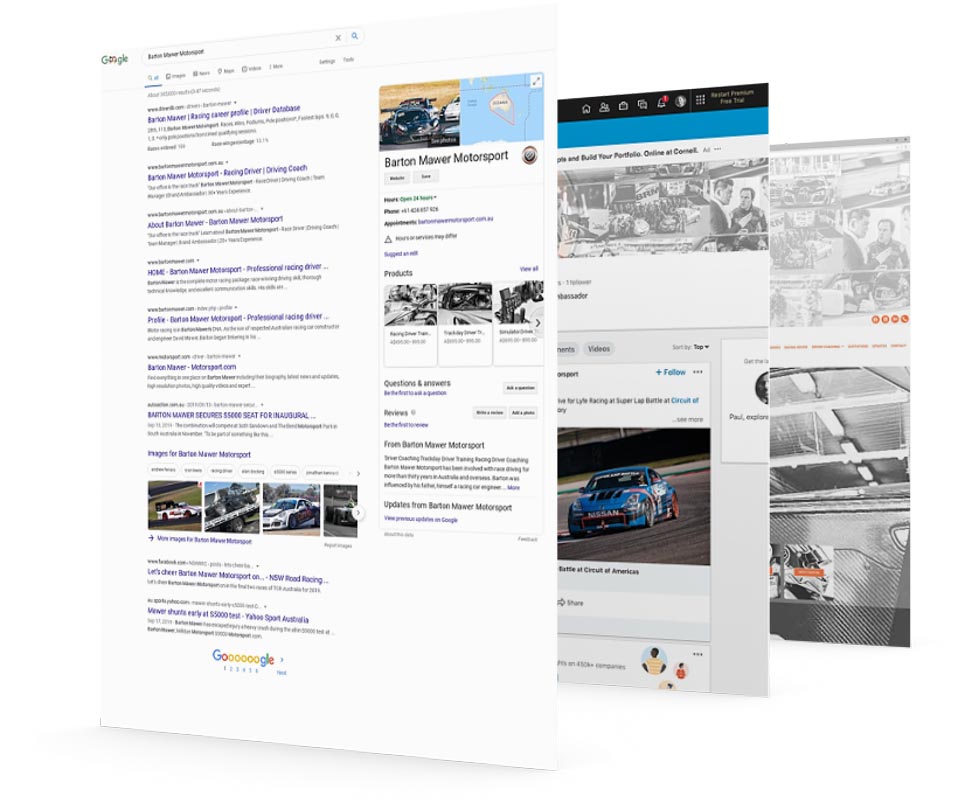 The new website used the popular WordPress CMS platform to create a site that was fresh, modern and celebrated Bart's extensive career in Motorsport.

A key area that Bart required was the ability to communicate news announcements and this was set up with self managed functions.

For the first time Bart had a website that worked on any type of device and was completely responsive.

A new Google My Business profile was set up with basic optimisation to help Bart get found online.

A new LinkedIn profile was set up with basic optimisation to help Bart share his news out to the corporate sector.

Everything was set up to make sure he had reporting available if he needed/wanted it.

We re-structured Bart's services to be clearer, simpler to navigate and easier for any potential client to understand.

Every small business website should have some absolute basic fundamentals in place and the owner should understand what it is or isn’t delivering. Typing your own name into Google does not mean you rank #1. Instead type in the services you offer or things people would search for that doesn’t include your name, do you show up? Here are three basic items every small business owner should know about.

The most basic website reporting should show you how many visitors you are getting per month, what City they are coming from and how this compares to previous months. This gives you a basic understanding to work from.

KNOW WHAT PEOPLE ARE SEARCHING FOR

The other absolute fundamental that is needed to help a small business website is to make sure your Google My Business profile is optimised. This will help generate search traffic for your brand and to your website. An empty profile with just your name and phone number isn't enough. 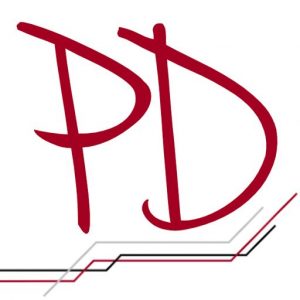 Whether you are a start-up or existing business, you may find yourself stuck and unsure how to execute to achieve your goals. Is your business in need of an overhaul? Maybe you need help managing workflows? Are you struggling to understand the value of your business and the direction it needs to grow & flourish?

I can solve that for you

Learn about me >
PrevPrevious
NextNext

See my latest articles including marketing advice and case studies Do Marketing Agencies Deceive Their Clients?

Using a marketing agency may seem like a good idea. I expose an agency staff member admitting their business deceives their clients & creates no real marketing value. How To Evaluate a Media Kit For Your Business Promotions

10 things to look at when trying to evaluate a Media Kit when considering maketing activity for your business with a media publisher or website. Learn about how this news website owner made changes to their site that led to the potential loss of more than $25,000 in Google Ad revenue 8 Steps any small business owner can use to evaluate services like Sensis Yellow SEM or similar from marketing agencies.

I am Paul D’Ambra, a freelance marketing consultant for hire, with 25 years experience working in retail and commercial environments. I inject energy & common sense into the marketing activities of Australian and global brands to increase sales of their products and services.